A Man and the Sea

A love of the sea made Nikolaus Gelpke into a publisher. He found his calling in life working on Mare in Hamburg.

Nikolaus Gelpke fell in love with a ship. A 60s trawler anchored in Norway. He first caught sight of her in a travel catalogue — a jack of all trades that had weathered the world’s roughest waters and clocked off tens of thousands of kilometers over the decades. Her owner: a Serbian art dealer based in New York. The purchase was no simple feat, as she was registered in the Cook Islands, but now she belongs to Nikolaus, or rather his company — this 38-meter long gem, “incredibly beautiful but severely lacking in comfort.” Nikolaus intends to upgrade the trawler, making her more environmentally friendly, and in the near future, he plans on offering Arctic excursions to those who share his nostalgia for old vessels as well as his love for the sea.

When Nikolaus sits in his office high up in one of Hamburg’s traditional Kontorhaus buildings and looks out of the window, the sea is right there in front of him. It appears to be ebbing and flowing in the gaps between the buildings of the Speicherstadt warehouse district, and the port is right nearby — according to Nikolaus, every day “your thoughts and feelings lead you towards the sea and seafaring.” He came here in 1996 to open his office: a magazine publishing house in the middle of the custom-free zone. He had to appear at the tax authorities twice, and at that time there were still patrols undertaken by the water police. “We haven’t yet received a parking ticket,” Nikolaus jokes. Incidentally, his hair is so scruffy that it looks as if it has been buffeted by the waves.

Together with three friends, Nikolaus founded Mare, the “magazine of the seas.” The publication features stories about and involving the sea, and sometimes even stories written from the perspective of the sea, set in places ranging from Rio de Janeiro to Kaliningrad. There are hardly any topics, Nikolaus says, that can’t be examined with the sea as a point of reference — even the 9/11 attacks. The Twin Towers, explains Nikolaus, were conceived of and built by the Port Authority of New York and New Jersey in a bid to consolidate their power. This New York institution, once made great by immigrants, today owns New York’s bus system, bridges, and airport. “We were the only ones who wrote about this aspect of the topic.”

The plan to write long, elegiacal pieces was met with incomprehension, and sometimes even hostility, at a time when digitalization still seemed to herald a trouble-free future. “But this long-form style represented a gap in the market that still exists today,” says Nikolaus, “and it was only possible to embark on this path because none of us were media professionals.” In the editorial office, there’s a map of the world plastered with hundreds of Post-its, some of which are more than ten years old. “We’ll cover every story that’s stuck here at some point or other.” The readers, he says, are not necessarily all sea lovers. But they value the quality of the journalism. The business journal Bilanz reported that Nikolaus’s publishing company made a profit of 3.5 million euros last year. The business is in the black. Nikolaus responds to this statistic with: no comment.

Is a love for the sea generally greater in those who don’t grow up in a land-locked environment? Maybe, maybe not. Nikolaus was raised in Switzerland and Italy, where “the sea is romanticized in literature and in non-fiction books alike, and that’s something that I experienced, too,” he says. This romantic transfiguration of the sea was accompanied by a sensual experience of the elements — Nikolaus has dived into the deep, “where the pressure is higher and sound changes, temperature and light transform, too, you access the third dimension of being. It’s like flying.” He also finds himself confronted with the power of nature on the surface of the water when he sails: “There’s almost nowhere else where your senses can be awakened like they are at sea, where you have to respond to every wave.”

After graduating from high school he moved to Halifax to live with Elisabeth Mann Borgese, the maritime law expert who founded the Independent World Commission on the Oceans, was a founding member of the Club of Rome, and Thomas Mann’s favorite daughter. “She was like a second mother to me,” says Nikolaus, who was put up by Borgese in her isolated house on the Atlantic and charged with looking after her dogs. When her overflowing bookshelf collapsed, she tasked Nikolaus with the job of sorting out her book collection: adventurers’ accounts, political and legal writings, letters from Michael Mann — almost everything centered on the ocean. “It was then that I encountered the many-sided nature of the sea for the first time.” He studied international maritime law in Halifax before Borgese found him a place in the maritime biology course in Kiel, and he spent a lot of time on research ships, traveling the Baltic, Caribbean, and Indian Oceans, often without sighting land for long stretches of time. 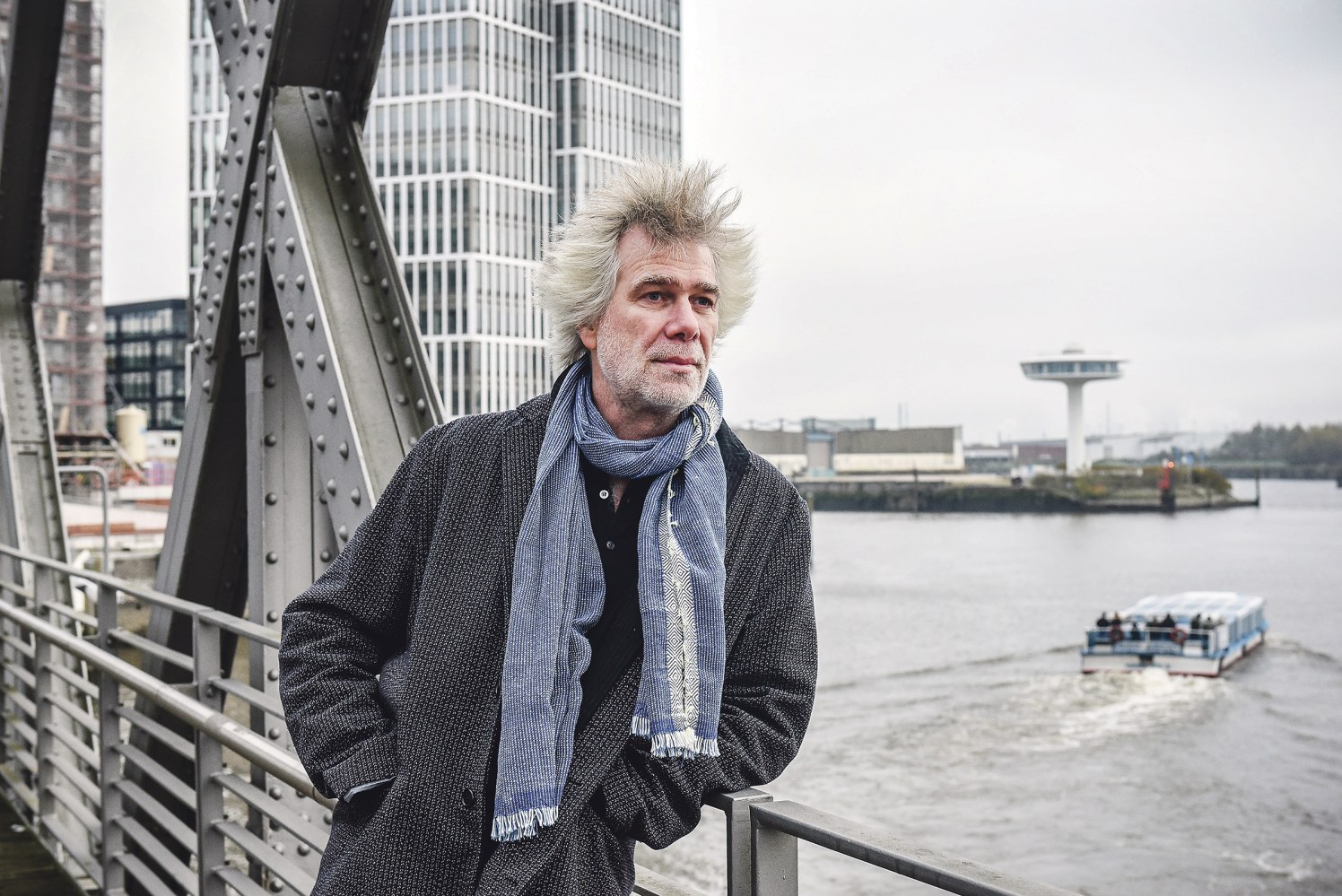 On board, where you hardly have anything other than spare socks to change into, Nikolaus learned about a life focused on the bare essentials. That’s why he abandoned his PhD and founded Mare. He thought he could do for the sea what Spiegel magazine had done for the land: filter the world into categories. His mission is also about giving the sea a journalistic platform that looks at issues in an in-depth way. “Our readers,” says Nikolaus, “are hedonists who can afford to read something that isn’t completely necessary to their lives.” Just as they can treat themselves to a trip to Greenland, so too can they treat themselves to buying the magazine. Today an important part of Mare’s business is the book publishing company attached to it, and there’s also a TV program on the Northern German TV network NDR and a radio show. Nikolaus is president of the International Ocean Institute and the Ocean Science and Research Foundation, he composes an annual report on the state of the oceans, and acts as an advisor to the environmental organization the Deutsche Umweltstiftung.

For a few weeks every year, Nikolaus continues to brave the elements and goes sailing. “The space and the quietness, the reduction to the bare essentials, I really miss all that.” His work doesn’t leave him with much time to spare. Nikolaus always wanted to be a “voice for the sea,” a goal he has now realized. He’s got a lot to do. Along with the publishing house, he also manages a restaurant, the Pastalozzi, a position he took on unexpectedly when a waiter suffered a heart attack and his boss didn’t allow him to take time off to recover. Nikolaus also moved to Hamburg for its culture. He says that the cosmopolitan spirit of the city originated with its shipowners. They gifted Hamburg the Laeiszhalle, once Germany’s biggest concert hall, and they interacted with cultures of which others hadn’t even heard of at the time. “The risk-taking, outward-facing mentality of these swashbucklers played a big part in shaping the city of Hamburg,” says Nikolaus. “That’s why the Hamburg of today is something between village and international metropolis.”

Nikolaus is now 55 years old and has settled in Hamburg. “I find it extraordinary,” he continues, “to be able to use satellite pictures captured from space to determine where I am.” People living on the coast can relatively easily use these pictures to point out where they live. For those living in Kassel, it’s slightly more difficult. “That always made me feel a bit uneasy,” says Nikolaus. “And I felt like if I didn’t live on the coast, then I wouldn’t know where I was.”

I always wanted to be a voice for the sea.

Hamburg on the Water

I was once lucky enough to stay with a friend of mine who lives in the Hamburg neighborhood of Övelgönne. This was a very formative experience for me, because at night as I looked out of the window onto the port, I began to think about how great it is to live here

In Övelgönne there’s also a really great museum harbor, the oldest in Germany. Centuries-old ships are docked there, and you can even visit some of them. They’re all still seaworthy! I’m particularly fascinated with the light vessel Elbe 3 — just imagine all the years of storms that she braved, both in summer and while lying at anchor in winter.

Many ideas for the magazine have come to me in Speicherstadt — we wouldn’t have rented our office space here if that hadn’t been the case. In the 25hours Hotel Altes Hafenamt Hamburg, you’ll find lots of photographs that appeared in Mare hanging on the walls. They come from my private collection — I bought them from the photographers.

One of the most beautiful scenic viewpoints over the Alster is the Krugkoppel Bridge, which looks toward the south with a view over the Elbphilharmonie concert hall. There’s also a steamboat pier.

As someone who comes from Basel, I’m naturally a fan of the Elbphilharmonie since it was designed by the Swiss architecture firm Herzog & de Meuron. The plaza is the worst part of the building, but the view from the terrace is super. 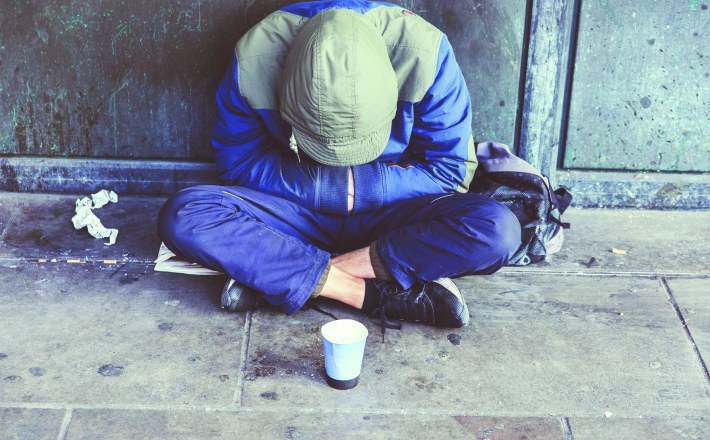 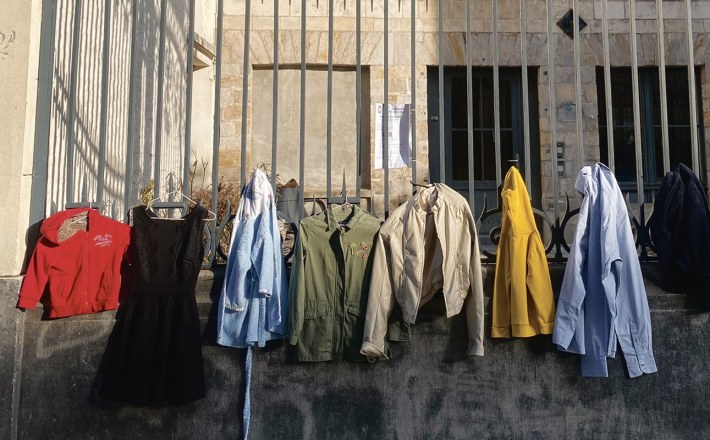 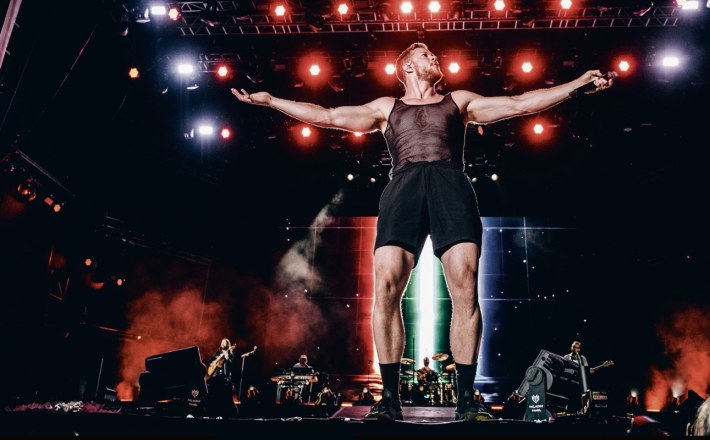