Day and night are temporal dimensions of unequal stature: Night still has a bit of an image problem. After all, nightlife, clubs, bars and parties are often associated with excess, or even violence and vandalism. Yet having a lively nightlife scene is a demonstrable enrichment for cities. An attractive night time economy, which includes theatres, concerts, culinary delights and much more, makes a city worth living in—and accordingly, attracts creatives and professionals.

Day and night are temporal dimensions of unequal stature: Night still has a bit of an image problem. After all, nightlife, clubs, bars and parties are often associated with excess, or even violence and vandalism. Yet having a lively nightlife scene is a demonstrable enrichment for cities. An attractive night time economy, which includes theatres, concerts, culinary delights and much more, makes a city worth living in—and accordingly, attracts creatives and professionals.

Dr. Matthias Rauch is convinced that nighttime should not be treated poorly. Rauch lives in Mannheim, where he is head of cultural urban development. Under his direction, the position of Germany's first “night mayor” was advertised and filled. In doing so, Mannheim—the UNESCO City of Music—followed in the footsteps of Amsterdam, appointing their first official night mayor 2012. His duties included polishing the reputation of the night culture and ensuring open channels of communication between all parties involved: an important office in an age of gentrification and urbanisation.

COMPANION spoke to Dr. Rauch about the duties of Mannheim’s night mayor, the changing needs facing the cities of the future, and how often a night mayor actually has to go out and turn his nights into days.

COMPANION: 2018 saw the appointment of Mannheim’s first night mayor. After two years in office, what has the position come to involve?

DR. RAUCH: Our view of the past three years is very good: we’re satisfied with the implementation of this interface position. After all, the night mayor's office in Mannheim is exactly that: an interface between all parties involved in nightlife, including bar and club operators, residents, guests, public transport workers, police, and the city administration. The aim is to improve communication between these stakeholder groups, to prevent problems before they occur, and to try to work out solutions together.

COMPANION: So, Night Mayor Hendrik Meier, whose term of office is now coming to an end, worked mainly as a communicator?

DR. RAUCH: Absolutely. The networking and communication within the nightlife culture and night economy scene in Mannheim is much better today than it was two years ago. Now, in the times of the pandemic, the crisis has demonstrated just how important the position of night mayor is. During the pandemic, the main focus was on the dissemination of information. Our night mayor was basically tied to his phone during the first weeks after the initial lockdown. As the first point of contact, he was able to answer urgent questions, and has proven the importance of his role.

COMPANION: How essential is it to be an excessive party person in this position?

DR. RAUCH: To stop any potential clichés in their tracks: a night mayor is an office job with regular hours. It's a very demanding task that is communication-intensive in order to reconcile many different demands. No one expects the night mayor to party five nights a week. Nevertheless, it is always an advantage to know what you’re dealing with from different angles. Knowing how a club works or having worked at a bar are definitely advantageous to this job, because they allow you to communicate eye-to-eye.

COMPANION: What else do you consider crucial to the position of  night mayor?

DR. RAUCH: It’s very important to pursue a proactive, creative dimension. Unfortunately, many cities tend to deal with nighttime in a reactive way: They take action when there are already complaints, and the damage has already been done.  We believe that the night, just like the day, is an important temporal dimension of each city, and should be shaped accordingly in the best possible way for everyone and with everyone involved. This is exactly what we are trying to do with the position of the night mayor, who is integrated into the cultural urban development division.

COMPANION: Urban development has become a buzzword in recent years. How cities are developing and what the cities of the future will look like is being discussed from different angles. In Berlin, for example, there is an ongoing discussion about how the club scene is suffering due to gentrification. Would you say that a night mayor could also address this?

DR. RAUCH: This is a very big question, and not an easy one to answer. Ultimately, there are many dimensions involved in why a part of the nightlife in cities dies or changes, for example. Every city is an individual case and it is important to look closely at which problems need to be solved. Berlin is a completely different city than Mannheim and there are very different ways of dealing with the night scene and the night economy in each place. Germany's capital has decided not to appoint a night mayor. Berlin didn't want to have a single person in charge, and it already has the Clubcommission, which represents the interests of its clubs. Those differences are very valuable: It is important to exchange ideas and experiences, to talk and to learn from each other. Especially in the field of urban development: There is so much going on at the moment. There are sensible new principles that are being echoed everywhere.

DR. RAUCH: There is the so-called "agent of change" principle. This means that whoever comes into a local situation has to recognise the existing conditions and adapt their project accordingly. In concrete terms, this means that if, for example, a real estate developer approaches a neighborhood and wants to build apartments next to an existing club, they must ensure that the living spaces are suitably insulated. They must therefore acknowledge the nature of the area, and take appropriate precautions so that noise complaints cannot arise afterwards—as is often the case.

COMPANION: Is the increased attention on night culture—including by politicians—a new phenomenon?

DR. RAUCH: Absolutely. But it is also a global development: 53% of the world's population currently live in cities. By 2050, that number will surpass 70%. This means that urban density will continue to increase, which is not a bad thing per se. But it poses new challenges. And we must respond to them.

COMPANION: What do you think it will take for  urban development to progress in the right direction, given the world’s rapidly increasing urban population?

DR. RAUCH: It's quite hard to answer this briefly, but I think an important factor is that cities should maintain a balance that allows people from different backgrounds to live together in quarters and districts. We need cities to maintain diversity. Because this is what makes them exciting, and worth living in.

The aftermath of the pandemic will raise certain questions as well, for example, will cultural events take place mainly outside: We must then ask ourselves accordingly: How do we want to make the best use of our public spaces? Does it really make sense that there are so many cars in cities? Is parking space a realm we could use in a more productive way? What role does art and culture play in public spaces? This last question also touches on economic factors, as culture is a driver of innovation. In places with cultural dynamism, innovative activity and creative potential is much higher.

In general, we need to focus on community-based urban development. It should not be pursued in a vacuum, with a few experts sitting at a drawing board developing a theoretical city. The individual stakeholders and representatives of all districts should all be closely involved. If we do this consistently, I have no doubt that the cities of the future will be fascinating places to live in. 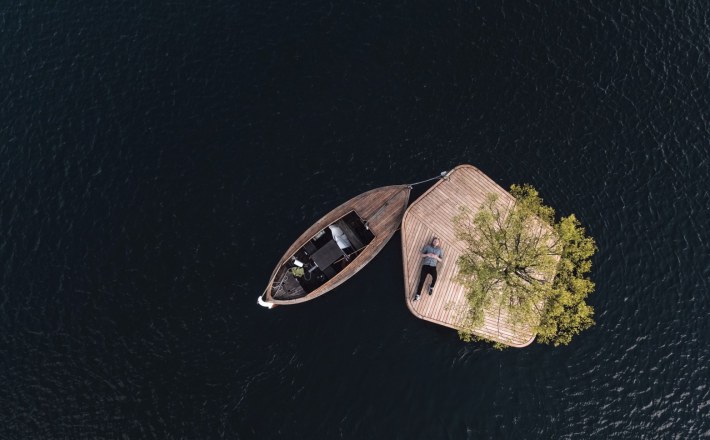 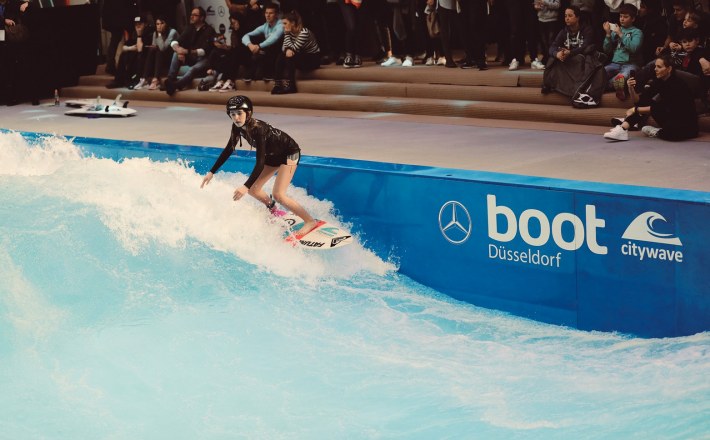